The creative complicity and the friendship relationship between two inseparable photographers are the axes through which this exhibition takes place, selected from the collections of the Foto Colectania Foundation collection.
The harmony that Gabriel Cualladó and Francisco Gómez had since they met (thanks to their fondness for photography), and which they maintained throughout their lives, possibly helped them to define their photographic universes more clearly. As in the best tandems of creators, the reasons so different that they aroused the interest of each one did not prevent them from maintaining a solid communion in their creative criteria.

During the decade in the sixties the figures of Cualladó and Gómez took a big role in the groups where they were integrated, such as La Palangana or AFAL, who were renovating the photography of the time. That comradeship and predisposition to share their works, together with the discreet character they shared, is combined in the case of Cualladó with the great conviction that a good part of his portraits reflect; Gómez has a more introspective look, which turned into a poetic work.

We wanted to highlight in the exhibition the corpus of works and the most emblematic series of the authors, above the review of the exhibitions and works they carried out in common. The viewer can discover the links between their trajectories and find the resonances between their works precisely by contrasting the sets of images and themes of each of them. We have only allowed ourselves the pleasure of sporadically matching a photograph of each one, as occasional parentheses between some chapters of the exhibition.

We would like to think that Francisco Gómez and Gabriel Cualladó would have found quite convincing this tour of their photographs, which is also a tribute to their friendship. It's for them!

The collection of the Foto Colectania Foundation has an extensive representation of works by Portuguese and Spanish photographers, of which more than a hundred works by Gabriel Cualladó are part, as well as the Archive of photographer Francisco Gómez. 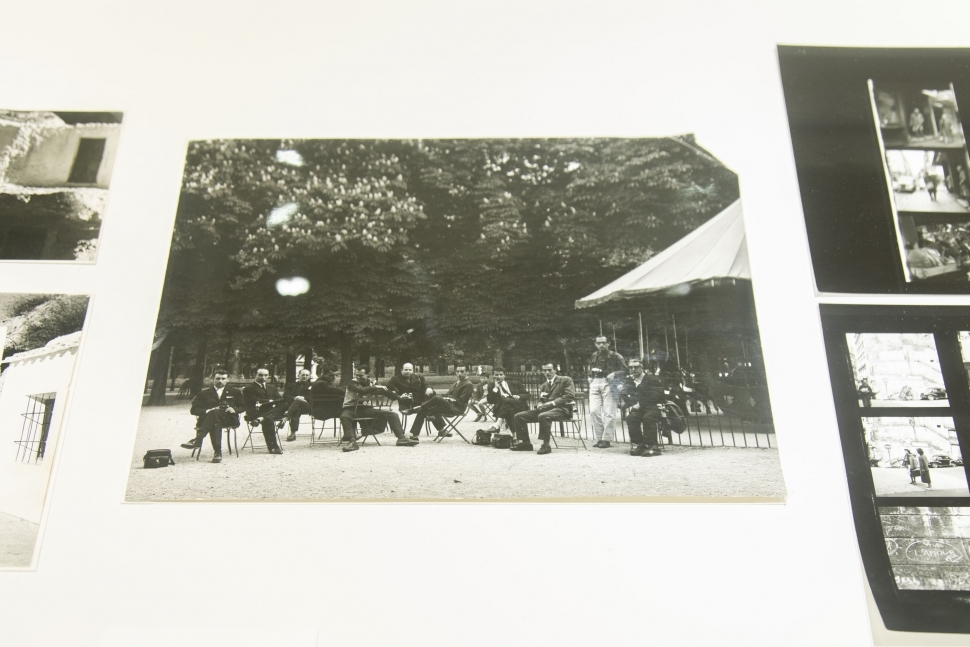