Inhabited designs builds upon resonances between the works of two of the first authors to form part of the Foto Colectania collection, revealing their personal approach to the creative process.

The title of the exhibition pays homage to Helena Almeida’s Desenho habitado, the first series in which she used photography. We also drew upon the original concept of design in its Renaissance meaning, which refers both to the drawing itself as well as to the project and the mental process of translating an artist’s idea into work. A practice that accurately defines the fascinating work of these artists.

The peculiarity that both Almeida and Madoz made sketches is possibly related to their shared interest in the intimate and experiential. Both artists made countless sketches – which did not always materialise into works – as a first step towards materialising their ideas through pencil and paper. In this exhibition we wanted to highlight the intrinsic value of these drawings as mere and beautiful sketches, the end result coming to life through photography.

Almeida sometimes intervenes in her work with carefully executed brushstrokes or pencil strokes, and always fascinates us with her study of reflection and theatricality.

Madoz draws in the personal notebooks he has kept over the years, which we are showing for the first time in this exhibition alongside some of the objects he assembles by hand. Thus, his sketches become objects and his objects become images, with his characteristic style and fascinating touches.

Was an essential artist on the international contemporary art scene, and one of the best known figures in Portuguese art. She was born in Lisbon, the daughter of the sculptor Leopoldo de Almeida, who often used his daughter as a model in his studio, the same studio in which she later created most of her work. She studied painting at the École Supérieure des Beaux-Arts and in Paris, after receiving a scholarship. She lived and worked in Paris all her life.

Helena Almeida's photographs, which are usually organised in series, are characterised by the use of black and white, and by the presence of the artist's own body. Initially, videos and drawings function as studies, which are later developed in her photographs.

Is one of the most singular Spanish artists with the greatest national and international recognition in contemporary photography. Trained in Art History, he studied photography at the Centro de Enseñanza de la Imagen. In 1985 he had his first solo exhibitions. In the 1990s his work entered the international gallery circuit, and since then his work has been exhibited on numerous occasions in museums and art centres such as the CGAC (Santiago de Compostela, 1998), FOTOFEST (Houston, 2000), Museo de Bellas Artes (Caracas, 2001), Fundación Telefónica (Madrid, 2006), Hermitage Museum, (Kazan, 2011), EL CCBB (Rio de Janeiro) and Les Rencontres de la photographie (Arles, 2014).

He is represented by renowned galleries such as Galeria Joan Prats (Barcelona), Galería Elvira González (Madrid), Galería OMR (Mexico) and Galerie VU' (Paris). His work is present in prominent public and private collections, such as the Museo Nacional Centro de Arte Reina Sofía, the Fundación Juan March, the Marugame Hirai Museum of Art, Kagawa-ken, Japan, the Museum of Fine Arts, Houston, as well as the Fundación Foto Colectania.

The Foto Colectania collection brings together more than 3,000 photographs and aims to reflect the diversity of Spanish and Portuguese photography – from 1950 to the present day – through an extensive collection of works by each of the photographers represented.

We would like to thank Chema Madoz and Elvira González for their collaboration in this exhibition. 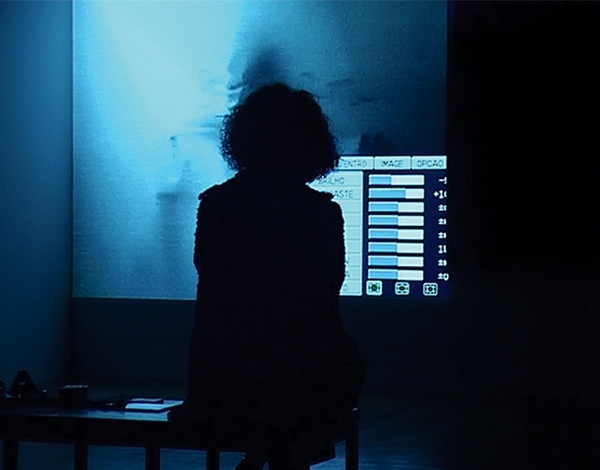 On 13 July at 6:30 pm we will be screening two documentaries that have sought to capture the creative process of the authors of our current exhibition "Helena Almeida | Chema Madoz. Inhabited designs".