From 6th October to 13th February of 2016, the Foto Colectania Foundation demonstrates the power of the portrait in Photography through a selection of more than one hundred works by 49 photographers from its own collection, some of them exhibited for the first time. The diversity of this selection emerges from adding to studio portraits -the most common approach on the genre- street photography instants. A license that has allowed us to discover works on the subject from very different, and at the same time very contradictory, apporaches, such as rationality, control, complicity, spontaneity or pure chance. The portrait is considered at times a confrontantion in which the photographer have to win, as it is the case of Humberto Rivas; other times it is a seduction process, as in Leopoldo Pomes's photographs; or an experience so intense as getting into trance. This latter one is the case of Alberto García-Alix, that in his owns words describes: "To me, the photos that I truly like are that ones I do when I'm in trance. If I have not lived this trance, if the session has been unremarkable, the pictures may be good, but I will not have the feeling to have done them. "

The portrait is one of the most attractive genres in photography as it refers to something very close to us: ourselves and the others. The photographers' tendency to pay attention to the details converts them into skilled analysts of our gazes and gestures; they know to capture as nobody else would our poses, the body-language that identifies and betrays us. Therefore, the works of this exhibition are grouped in two elements that concentrate the photographers' attention when they are confronted with a face to face: the body and the gaze. The viewer will live the experience of being surrounded by countless looks: direct, provocative, distant, crosswise, hidden glances. Together with them, several self-portraits: the photographer's view on him/herself. Furthermore, the viewer will encounter photography series characterized by the expressionism of the bodies, which also take a look at us and talk to us with their postures.

The exhibition "Face to face" does not intent to be a tour through the genre of portraiture in Photography, but aims to show a few remarkable exemples of Spanish and Portuguese photography from the 50's to now from the Foto Colectania's main collection. Presented in several towns around Barcelona thanks to a program of traveling exhibitions organized by the Diputació de Barcelona, ​​"Face to Face" culminates with this presentation in the main city after being revised and enlarged for the occasion. 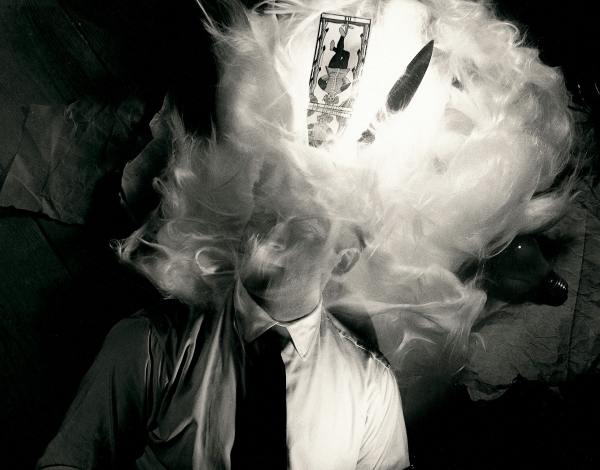 Cara a Cara exhibition at the Image Museum of Braga (Portugal)

The exhibition "Cara a Cara, Spanish and Portuguese Portraits of the Foto Colectania Collection" moves to Braga (Portugal), as part of the Mostra Espanha 2017 Festival.

In this exhibition we wanted to show the great pieces of contemporary Portuguese and Spanish authors of our collection, which on this occasion we have grouped around the portrait.
The diversity of the works presented comes from adding the most common approach to this genre, that of studio portrait, along with street photography. This license has allowed us to discover works that approach the medium from optics as different as spontaneity, complicity, control, rationality or chance.